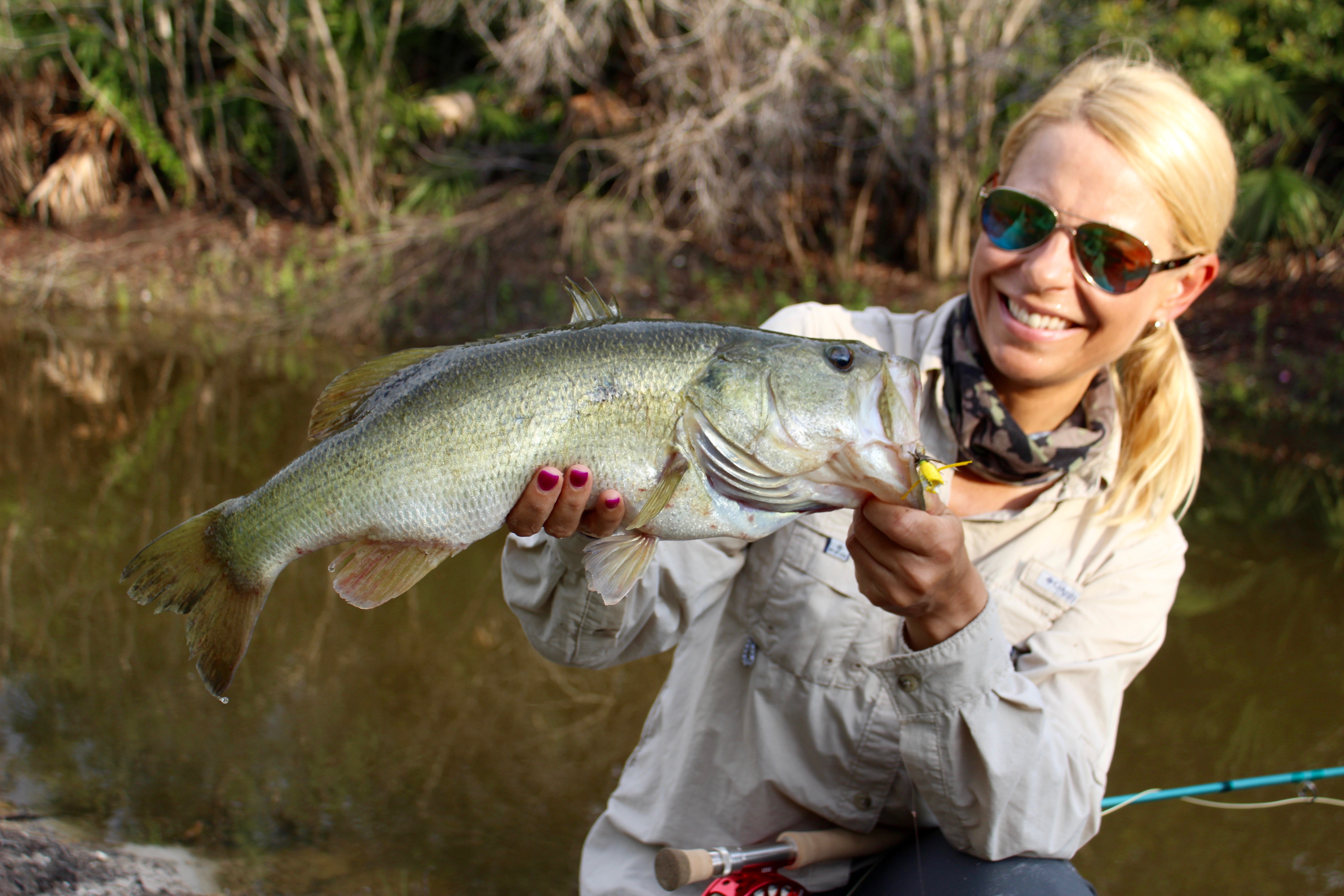 Captain Debbie Hanson is an award-winning outdoor writer, women’s sport fishing advocate, IGFA world record holder, and freshwater guide living in Estero, Florida. Her passion for the outdoors was ignited at a young age due in large part to her experiences fishing on the glacial lakes of the Upper Peninsula of Michigan with her grandfather.
Hanson’s written work has appeared in publications such as Florida Game & Fish Magazine, BoatUS Magazine, and USA Today Hunt & Fish. She is also a weekly contract blogger for TakeMeFishing.org.
Her speaking engagements include the Florida Sportsman Expo, the Saltwater Sportsman National Seminar Series with George Poveromo, and as co-host on ReelTalk Radio 99.3 ESPN in Southwest Florida with Rob Modys. She also holds quarterly fishing clinics for women with a focus on freshwater finesse fishing, fly fishing, and conservation.
When she’s not guiding clients on the lakes and canals of Southwest Florida, Debbie can be found lending angling support and encouragement to women of all ages. She has traveled to countries such as Australia, New Zealand, and Africa to further her quest for knowledge while connecting with anglers from across the world.
To learn more about Debbie, visit www.shefishes2.com or visit her Facebook page at http://www.facebook.com/shefishes2.